Google SEO for 6 countries: How long should your headline be?

27. May 2019
By Anna-Maria Knaup service@newsdashboard.com

Everyone has a different strategy to find a suitable title, which then fits all requirements. It should be attractive, concise and informative. Additionally, it should fit the needs of the target audience and include the appropriate keyword. But, even if you find the perfect headline, sometimes Google still cuts it off with three dots. So, how can you avoid that?

We already talked about keyword placement and title SEO in our last article and this time we want to talk about title length. In one way shortened headlines by Google make sense, because  in a News Box, for example, is not an infinite amount of space. Shortened titles there could look like this: 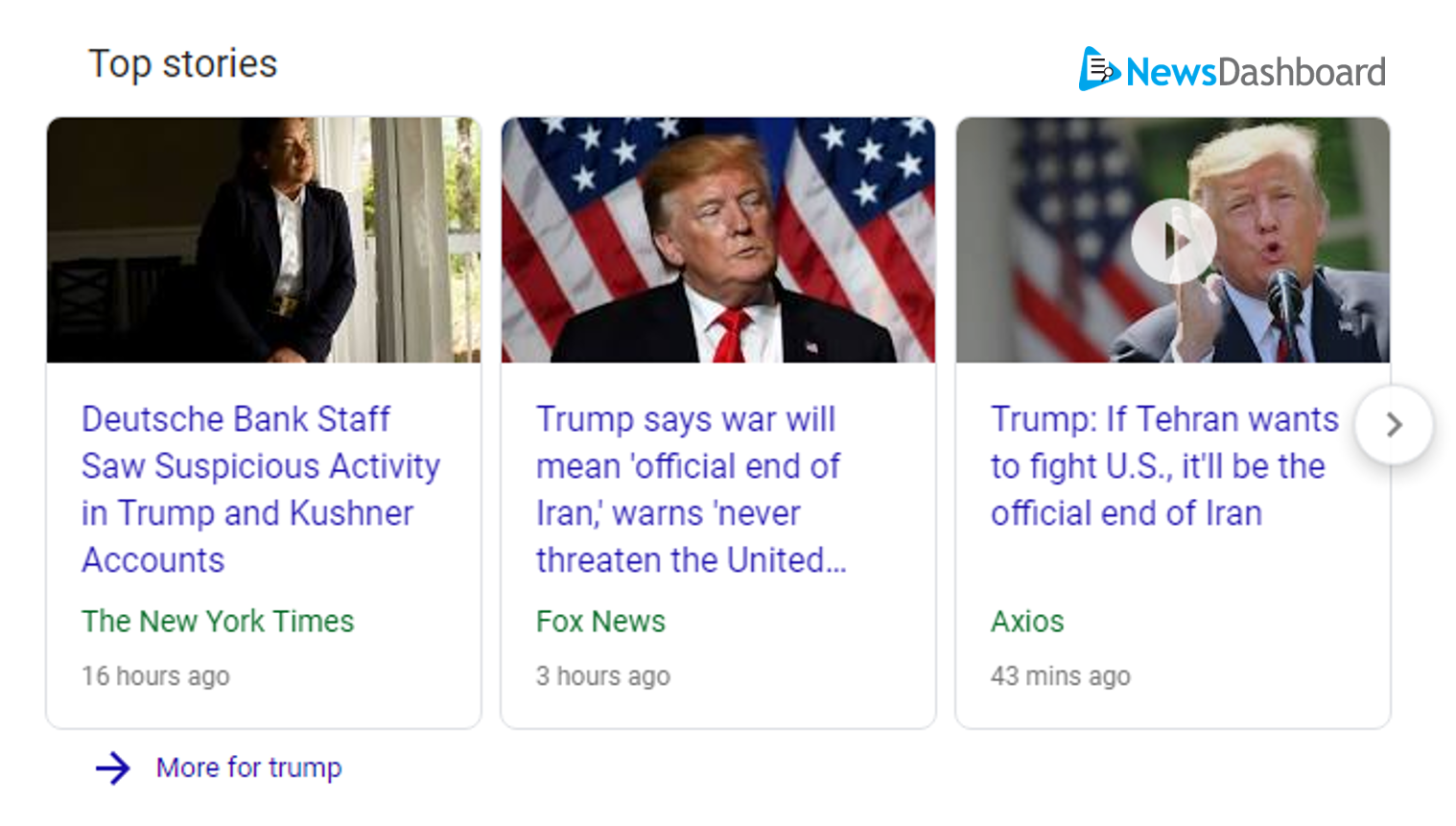 Different headlines in a News Box on the desktop SERP.

But not only on the SERP headlines are cut, in Google News titles are sometimes shortened with …, too.

Nevertheless, it’s annoying, because with the title you want to arouse the curiosity of the reader and convince him of clicking your article. To help you with creating the perfect headline, we want to present you with th average title lengths, so you can take into consideration how publishers have been played out by Google in the last year.

There are different approaches in writing the perfect headline and a lot of great tools that make your job easier. But, that will not be our focal point now. Instead we will provide you with unique information on title length in Google, so you can be one step ahead of your competition. For this we use the data from the visible rankings of the News Boxes 2018 for general news topics. So you can learn from publishers in six different countries. Though, the average length might not be the maximal length a title can be before it gets shortened by Google, it gives you a good guideline. If you want to look at your current headlines to see if they are shortened by Google – try the News Dashboard!

Average title length: How long is the headline on average? 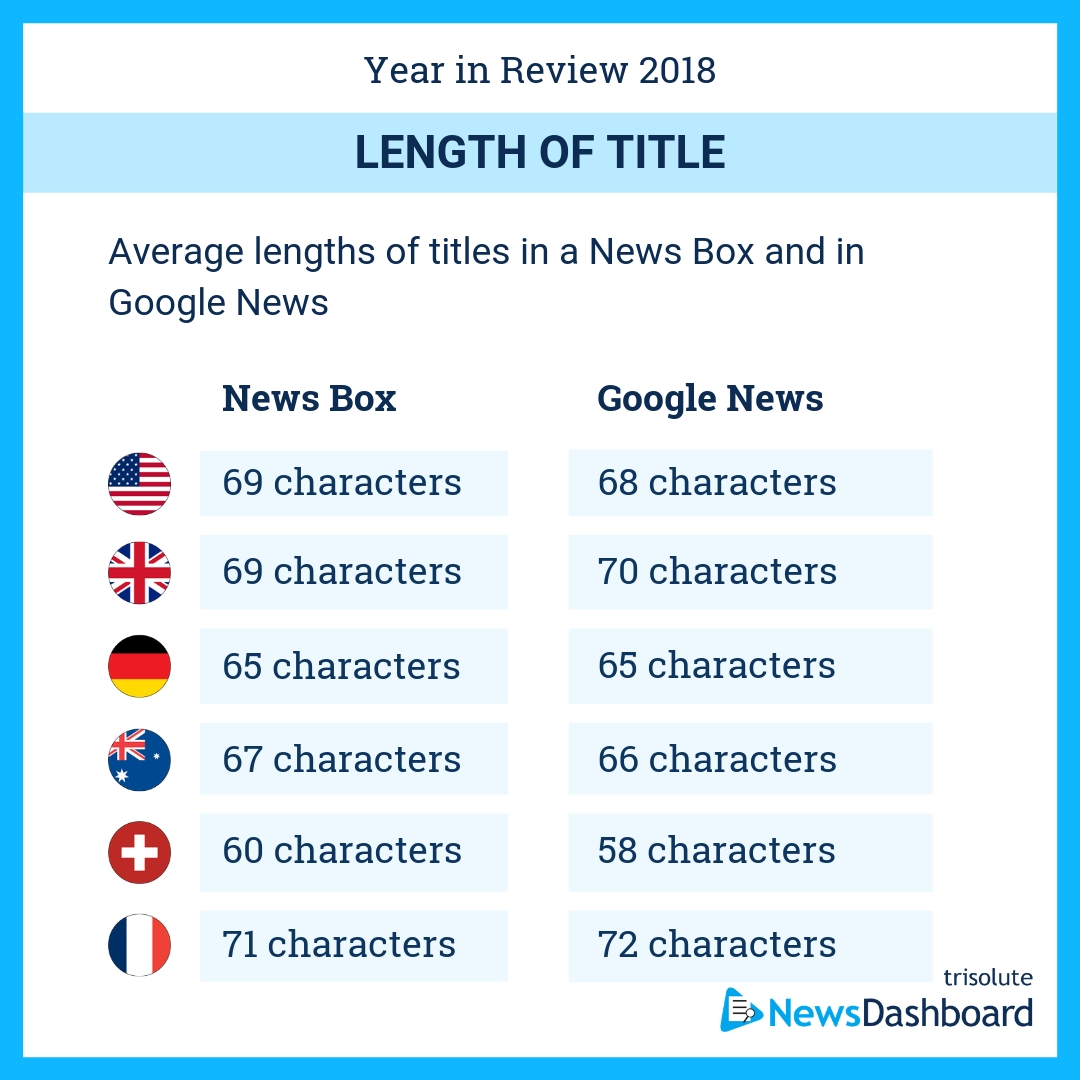 The average title length of the News Boxes and Google News in a country comparison. 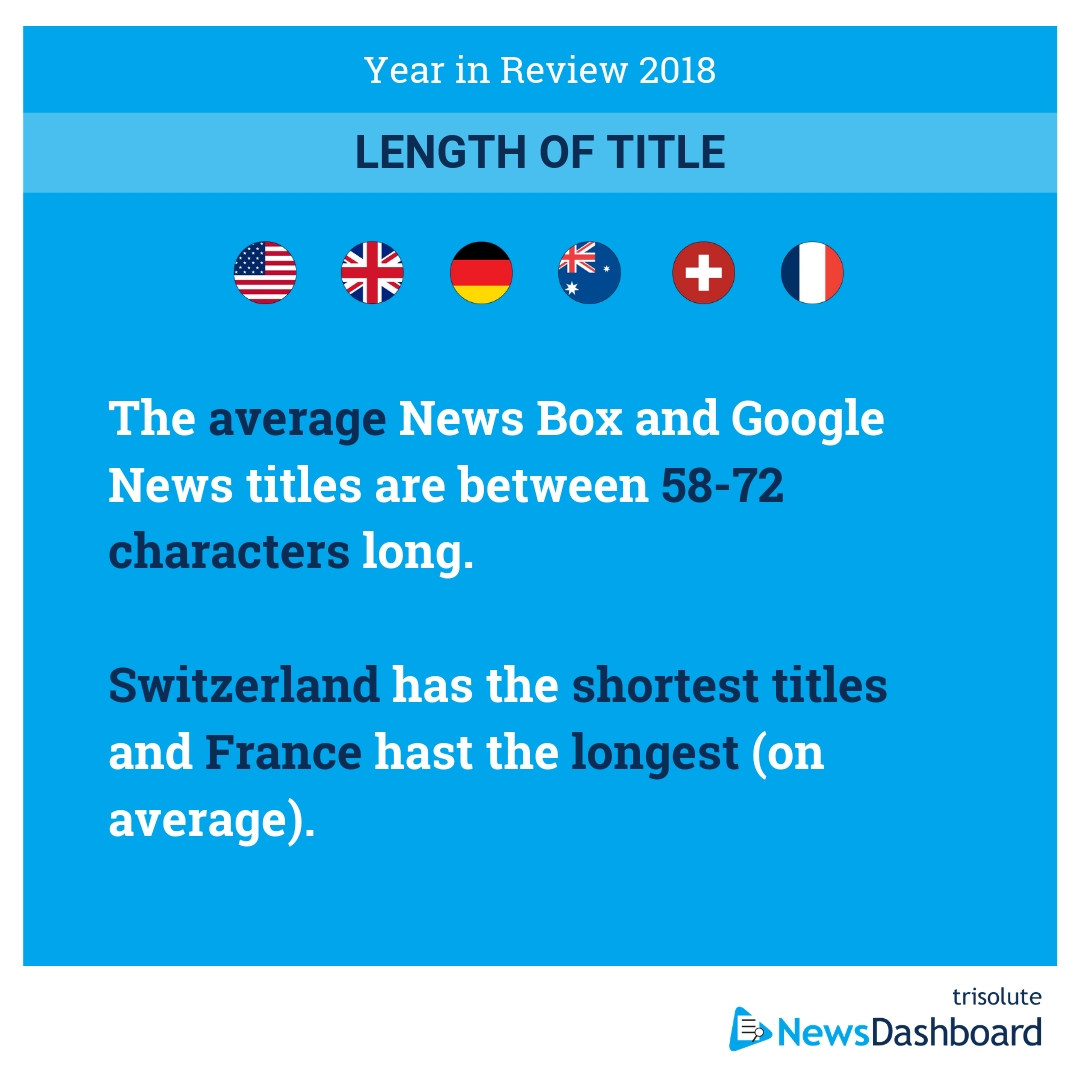 Acknowledgements: The basis of this analysis is the general keywordset and the visible rankings in the respective mobile and desktop News Boxes and the headlines on the Google News category pages and Google News topics pages. We collect our news-related keywords from Google News (news.google.com) as well as Google Trends, and keywords are from Jan. 1 – Dec. 31, 2018. Rankings on the SERPs are checked every 15 minutes.