Formula 1: What happened at the French Grand Prix from an SEO-perspective?

On Sunday, 24 July, the French Grand Prix 2022 took place on the Circuit Paul Ricard for the 90th time. The drivers first competed in two practice-runs on 22 July and one additional one on 23 July, followed by the Qualifying and finally the Grand Prix on Sunday.

Not only for hardcore F1-fans, was it a highly exciting weekend with many unexpected twists and turns. Consequentially, news publishers had a lot to report on as well. But what actually happened from an SEO-perspective? Which keywords ranked especially well and which publishers reached pole position? We found out just that and more for you!

To understand which keywords worked well this weekend, we should have a look at everything important that has happened at the French GP. Let’s go!

1. Lewis Hamilton gets his 187th podium

In now 300 races, British driver Lewis Hamilton has earned a place on the podium for the 187th time at the French GP. He reached second place after his rival Max Verstappen.

For the first time this season, Mercedes-AMG Petronas got both of its drivers on the podium: Lewis Hamilton reached second and George Russell third place. After their dominant seasons from 2014 to 2021, where double podiums were routine for them, this seems like a small ray of hope for this season. In addition to that, Mercedes revealed a car upgrade for this GP.

3. Leclerc crashes out from the lead – again

Monegasque driver Charles Leclerc, who won the previous Grand Prix in Austria, started the French GP in pole position and had great prospects of winning this GP as well. Unfortunately, he suffered a crash on lap 18, without any external impact, and dropped out of the race. This was not the first time this season that he dropped out of a race after having previously been in first place. Leclerc’s scream of frustration, which could be heard on the team radio, mirrored what the Ferrari driver must have felt at that moment. Later, he took responsibility for the crash.

Due to Leclerc’s crash, Dutch driver and last year’s world champion Max Verstappen was able to claim first place and eventually win the race. This was not the first time he was able to transform a pole position by Leclerc into a win for himself.

5. Vettel drives a 100-year old Aston Martin prior to race

German driver Sebastian Vettel was allowed to drive an Aston Martin from 1922 on the Circuit Paul Ricard prior to the actual race. As a huge fan of Formula 1 history, this was a dream come true for the 53-times GP winner. No breaking news, but apparently still worth reporting on.

The most relevant keyword for this was:

Those were the most relevant keywords that ranked generally for the French GP 2022 (in order of their relevance):

Which publishers led the competition?

Number of rankings for each keyword

It seems like U.K. readers were not really interested in one particular topic relating the French Grand Prix, but in everything that happened equally. To get an even better picture, let’s have a look at the keywords again and see which one had how many rankings on the Mobile SERP (this goes for all publishers, not just the top five). Once again, the keywords are from the timeframe from 21 July – 24 July and are the ones with the most rankings on the topic of Formula 1.

What does it mean?

To improve your chances of a higher ranking on the Mobile SERP, you should…

Let’s see what the next Grand Prix brings! 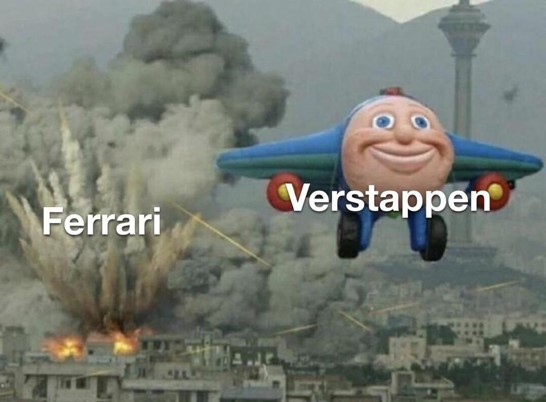