In 2018, we are more likely to check for updates to the World Series. 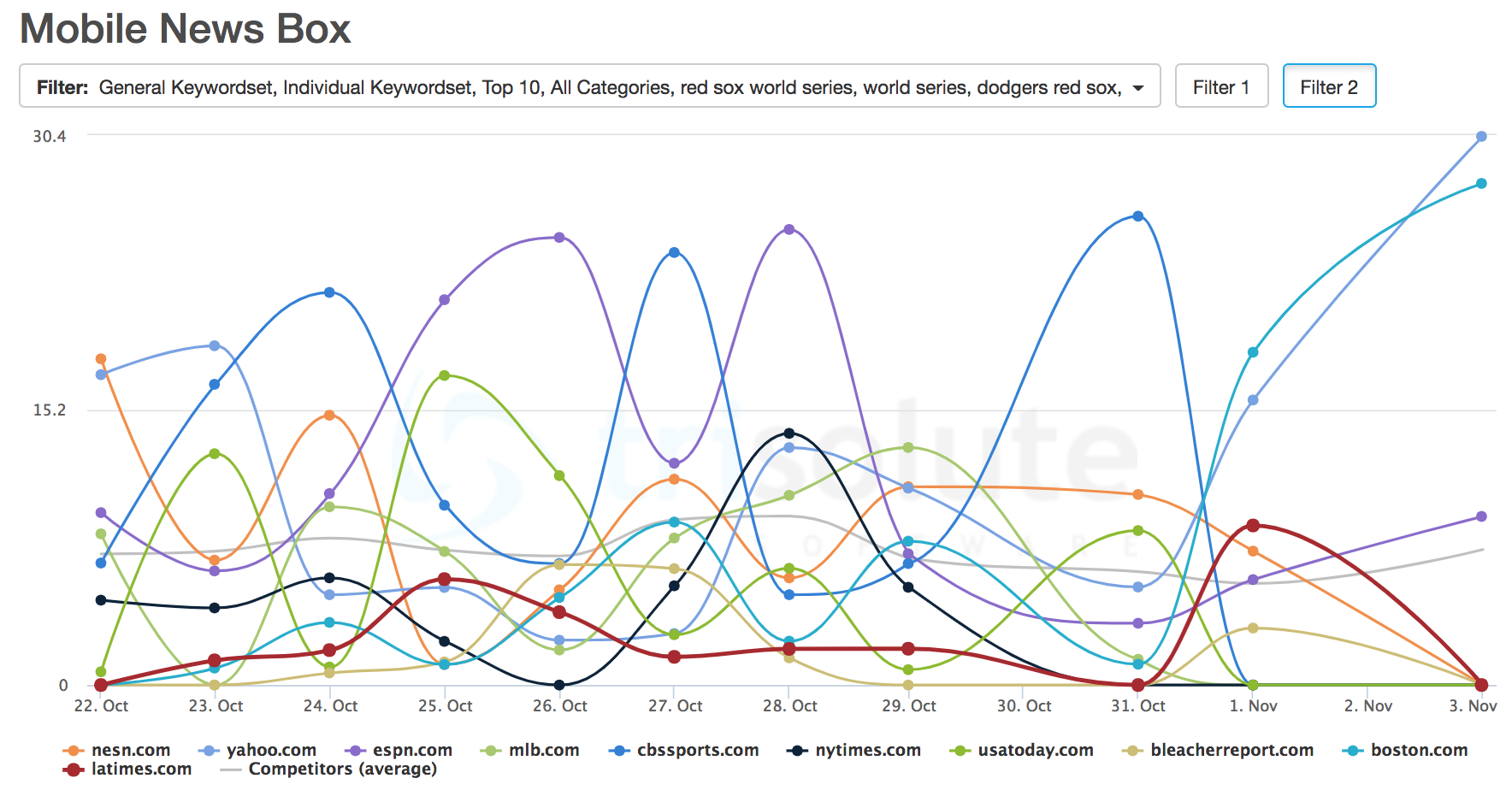 Here are the most visible publishers in the Mobile News Box for the 2018 World Series.

The Top 5 publishers at the start of the World Series were:

By the last game, we saw the trend shift completely.

An interesting outlier at the end of the series:

Both the hometown newspapers – the Los Angeles Times and Boston.com were among the nationally ranked publishers.

Yahoo! and Boston are competing for top positions in Yahoo! keeping the lead.

Overall, the World Series gave boston.com and latimes.com a visibility boost among national and top-ranked publishers, and the top performers were mostly mixed national news and sports verticals.

Have ideas on what our next blog post should be about?

Read more US search by the News Dashboard

US search index: Were you one of the most visible news publishers in Google News for 2017 – and their top keywords