We look at two different keyword sets (you can find a list with the keyword sets at the end of the text) between 2016/10/08 and 2016/10/10. In addition to the initial set of keywords, we already used for our first analysis after the first presidential debate, we decided to use a second updated one. For example, in our updated keyword set we added “Trump video 2005” or “Donald Trump’s lewd comments”, because those were very important keywords in the days before the debate. Moreover, we added keywords around fact checking. Obviously the second one is a broader keyword set so results could differ from our initial set of keywords.

First of all, we look at the results of our broader set of keywords. In the Google News Boxes Desktop npr.org is on first position with a visibility of 9.6 percent. On second position is nytimes.com with 9.2 percent. Cnn.com is just on third position with 7.8 percent. 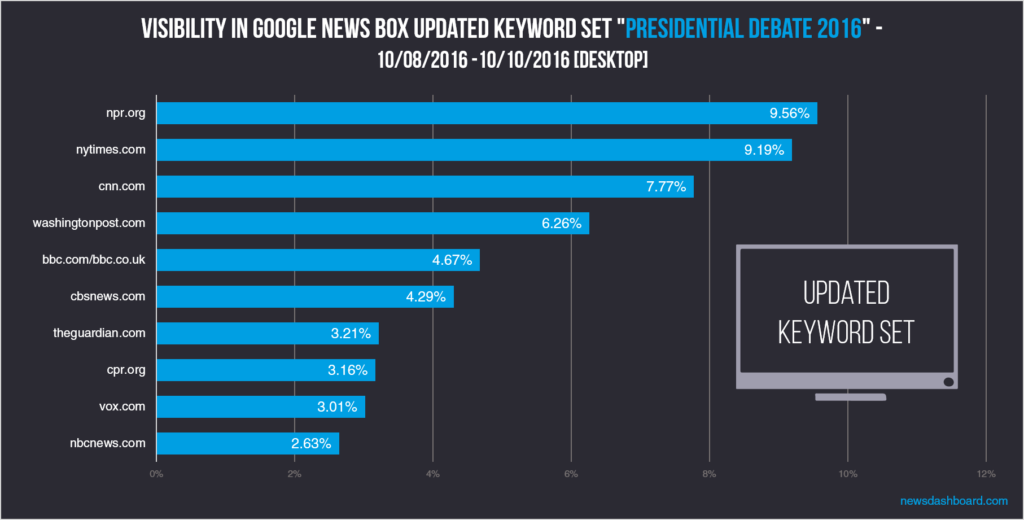 npr.org on first place for desktop visibility, but only with updated keyword set

Desktop results compared to the analysis after the first debate

Now we take a closer look at the identical set of keywords we have also used for our analysis after the first presidential debate so that we can compare the results without any bias. Obviously there are some differences: cnn.com lost a bit of their visibility in the Google News Boxes desktop. After the first debate, CNN was on first position with a visibility of 13.1 percent, but after the second debate cnn.com is still on second position with a visibility of 7 percent. Now nytimes.com is in a preferential position and reaches a Google News visibility of 9.1 percent. 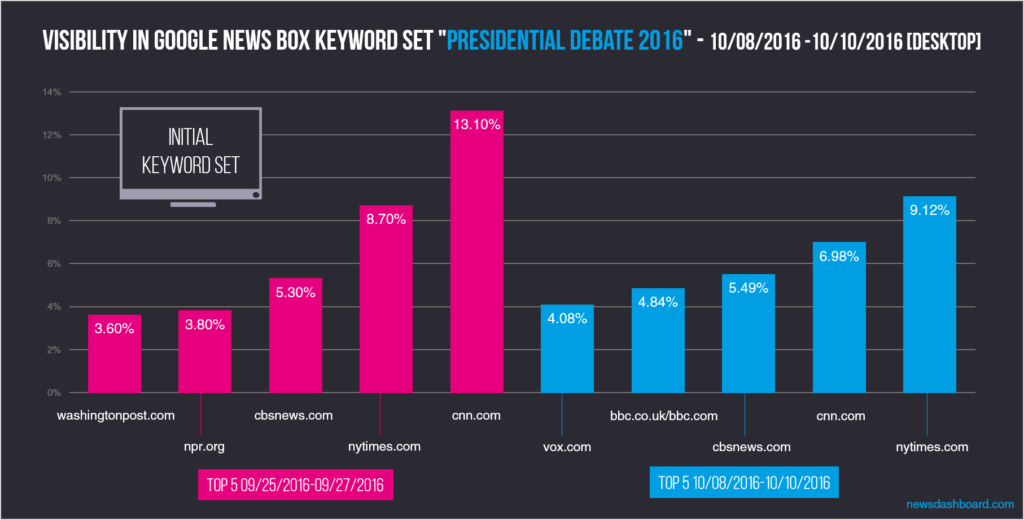 Again nytimes.com and cnn.com with highest visibility but with changed positions

Let’s have a look at the mobile results. Just as before, we will first analyze the results of our broader and updated set of keywords. We can see that the mobile results differ from the desktop results. On first position is cnn.com with a visibility of 7.4 percent. On second position is washingtonpost.com with 6.1 percent. Nytimes.com, formerly second position in the desktop results, is now on third position with a visibility of 5.8 percent. 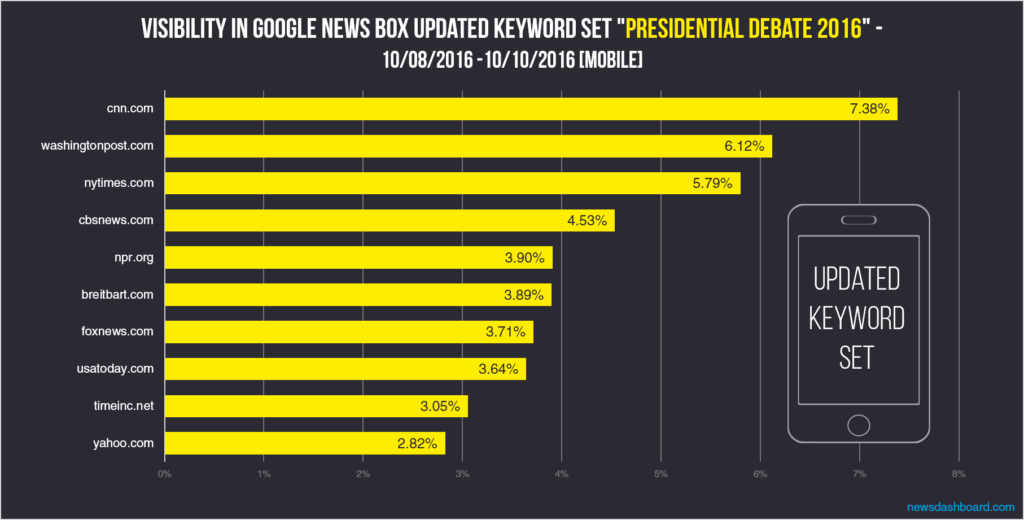 The big three win the AMP carousels for the second debate

Mobile results compared to the analysis after the first debate 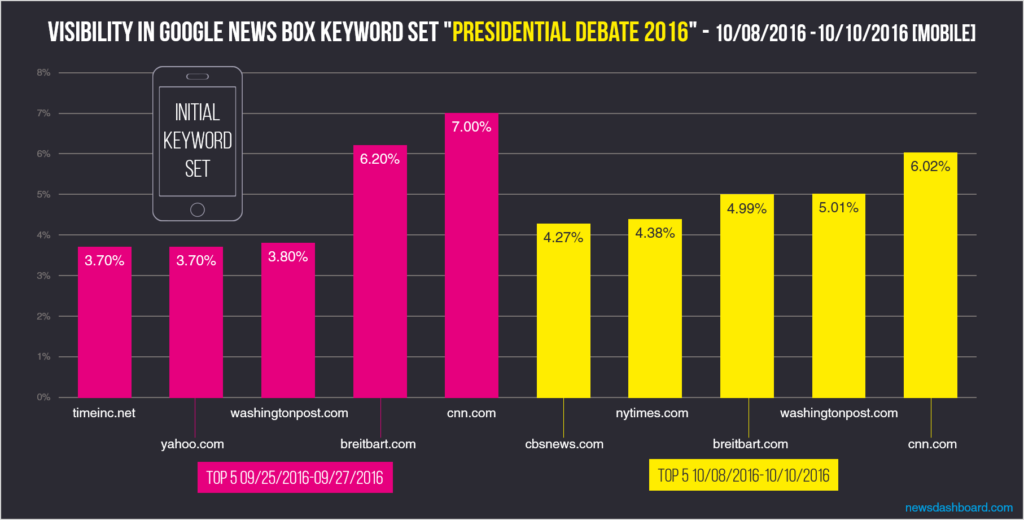 If we want to sum up our analysis around the second presidential debate we can state the following: As desktop results are concerned nytimes.com was stepping on first place leaving cnn.com on the second place and washingtonpost.com on third. Theses publishers also dominated the results for the AMP carousels. Here cnn.com was first, washingtonpost.com second and nytimes.com third. So this time the three big publishers let no one else enter the podium.