How Yahoo News ranks on the Google SERPs, Google News

Very disturbing visibility increase of Yahoo News on Google News in France since the Google core update of May 4th. With duplicated partner content only… 🤔 /poke @fanchvin & @LucasPotel pic.twitter.com/TO378Ot2O7

Using the tool, we dug into yahoo.com’s visibility in Google News (news.google.com) and in the news-related rankings on the Google SERPs. In some country instances, we did see an increase over the lat 6 months, where other countries saw the same trend or even a decrease.

The countries with an increase in the visibility of yahoo.com articles in Google News are: the UK, India and Australia. 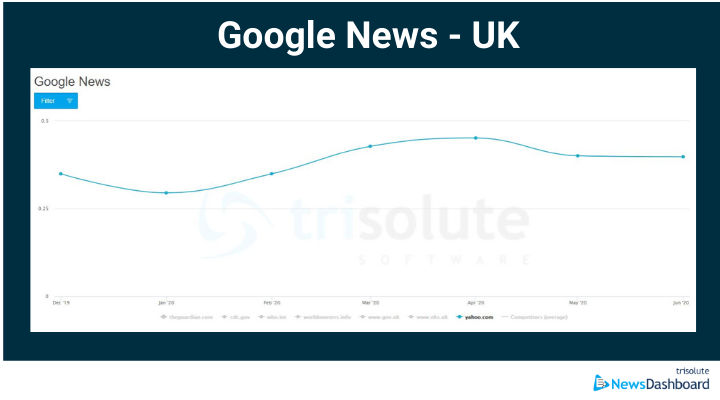 The visibility for Google News in UK.

The countries with an increase in the visibility of yahoo.com articles on the desktop SERPs are: Germany, France and Australia. 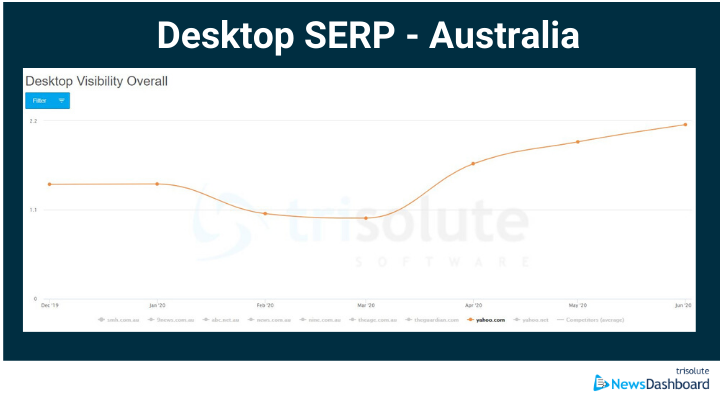 The Visibility for desktop SERP in Australia.

And finally, the countries with an increase in the visibility of yahoo.com articles on the mobile SERPs are: the U.S., France and Australia. 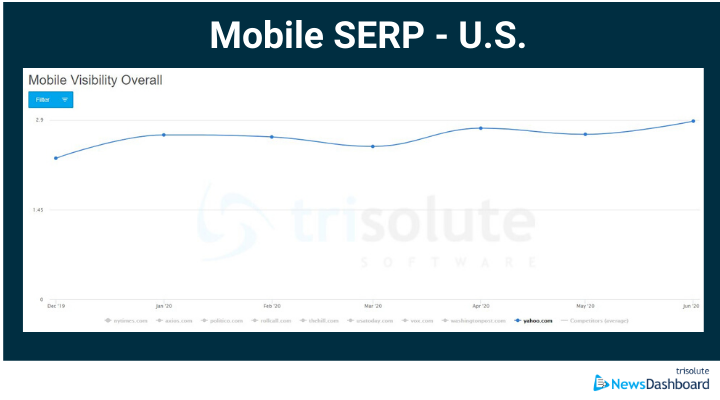 The visibility for mobile SERPs in the U.S.

We’ll make sure to keep our eye on this publisher’s visibility in future Google algorithm updates.

Changes coming to ‘page experience,’ ONA updates and SEO stat trivia: What we read this week (5/29)

Google core updates, a Google podcast and Search Console tips: What we read this week (5/22)

Google update analysis, diagnosing traffic drops and news’ continued reliance on Facebook and Google: What we read this week (5/15)