Just as Google announced at their IO conference earlier this year, Google News U.S. received a major overhaul at approximately May 17:

News Dashboard’s KPI report showing the changes in visibility resulting from the redesign.

Here’s what we’ve learned so far:

Overall, all visibility percentages have gone down since the redesign. We think this might be due to Google adding articles from more total publishers into Google News.

In almost every category of Google News, any publishers that were significantly ahead in visibility of all competitors suffered a larger than average drop.

As part of the redesign, Google said it would be including more video in Google News. This seems to be coming primarily from YouTube (as you can see the visibility line that starts near the redesign date), while the videos themselves are of course created by news publishers and uploaded to the platform. There’s an example of how these videos look on Google News below. 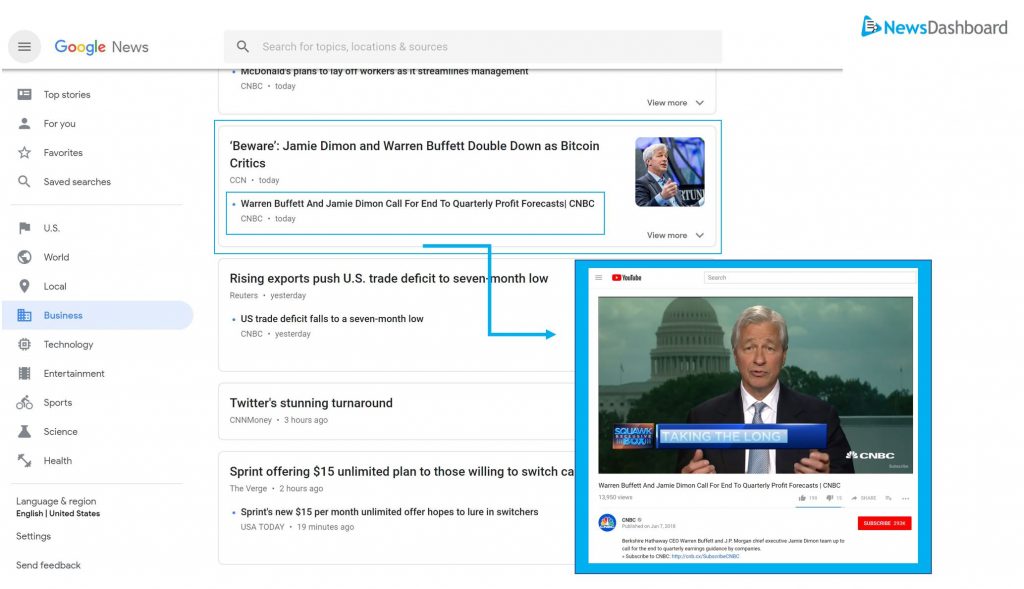 We’re currently working on a way to further filter the YouTube visibility by the publisher “behind” every video, so you can get an idea about how both your articles and videos are appearing in Google News.

Finally, looking into the mobile News Box report, it appears the Google News redesign didn’t have a significant effect on SERP rankings: 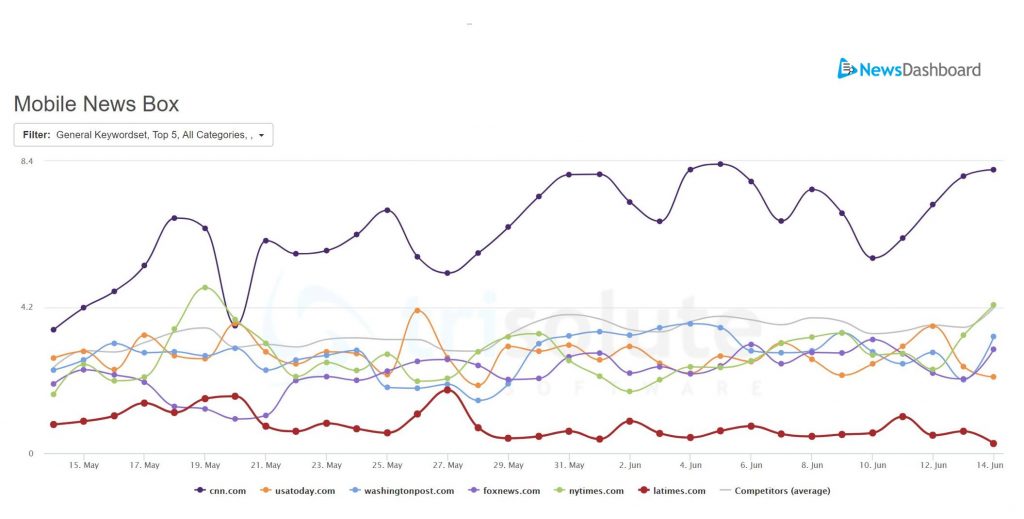 The Google News redesign did not seem to have a significant effect on mobile News Box visibility.

If you’d like to see more about how your visibility changed after the redesign, sign up for a News Dashboard demo today.