Google News lesson from Winter Olympics: Keep an eye on your competition (it’s not always who you think)

Looking back at the 2018 Winter Olympics from a Google News visibility standpoint, we used the News Dashboard SEO tool to find the most visible publishers for the keyword “pyeongchang 2018 olympic winter games.” Below are the results, broken down into two ranking types: Mobile Visibility Overall and Mobile Publisher Carousels (with AMP, or Accelerated Mobile Pages). 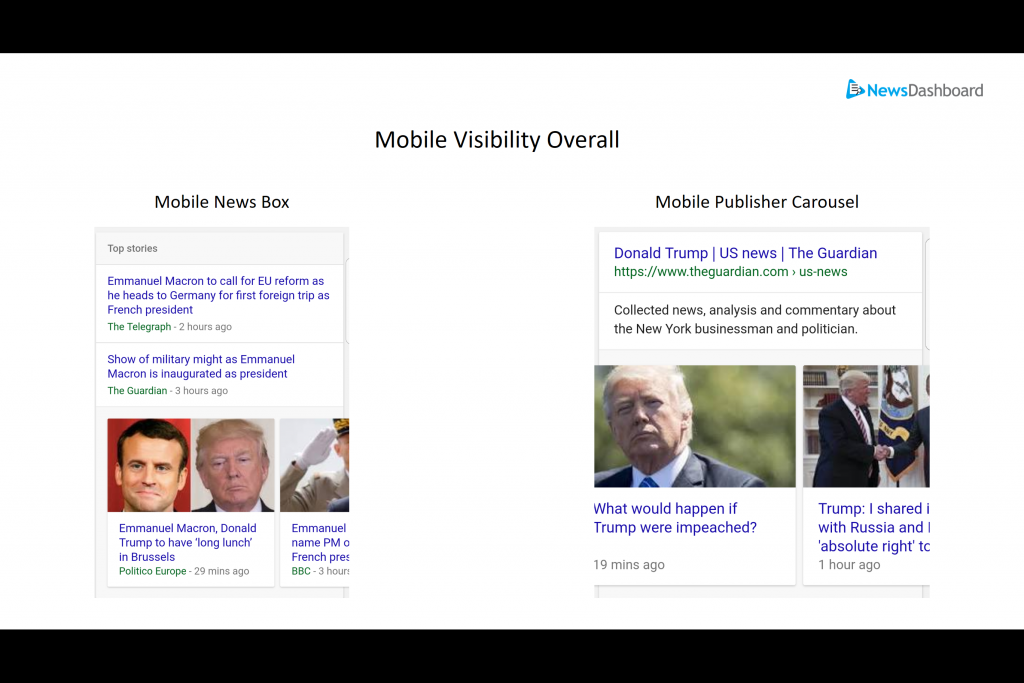 Examples of the Mobile News Box and Mobile Publisher Carousel on the Google search engine results page, or SERP.

Below are the Top 5 publishers in Google Mobile Visibility Overall – which includes the News Boxes and Publisher Carousels containing AMP and non-AMP articles – over the three weeks of the games.

The Olympics official website was among the Top 5 news publishers for Google Mobile Visibility Overall through the three-week games.

As the Olympics moved into their second and third week, the wealth of content from the official Olympics website helped them overwhelm the competition in visibility.

As the official Olympics website is not a traditional news publisher, but attained significant visibility in news ranking types on the Google SERPs, we checked if it ranks in Google News. It does, and olympic.org had four separate spikes of visibility over the games.

The official Olympics website has a separate category marked “News,” featuring stories about the events and athletes.

Bottom line: If you’re a news website, take note that you’re not only competing for space on the Google SERPs with other newsrooms – you can face off with the official website of an event or entity, as well.

If you’re interested in seeing data about your visibility for the Olympics or upcoming news events, sign up for a News Dashboard demo today.

RELATED: Do you need to be indexed in Google News to appear in the News Boxes?