Award show season produces some of the biggest events in entertainment every year. 2022 was no exception, with plenty of big headlines coming out of each night’s events.

Trisolute News Dashboard tracked the visibility for live blogging around the 2022 Met Gala, Grammys, and Oscars, including data from the day before and after the main event for the Top 10 most visible competitors. We compiled the data using a keyword set we chose for each event and specifically tracked only stories that appeared with the red “Live” flag on the mobile SERPs (search engine results pages).

In the graph, we can see two popular UK publishers, independent.co.uk and thesun.com, taking a fair share of visibility for the event. Here’s a look at the most visible live blogs from each publisher in the graph: 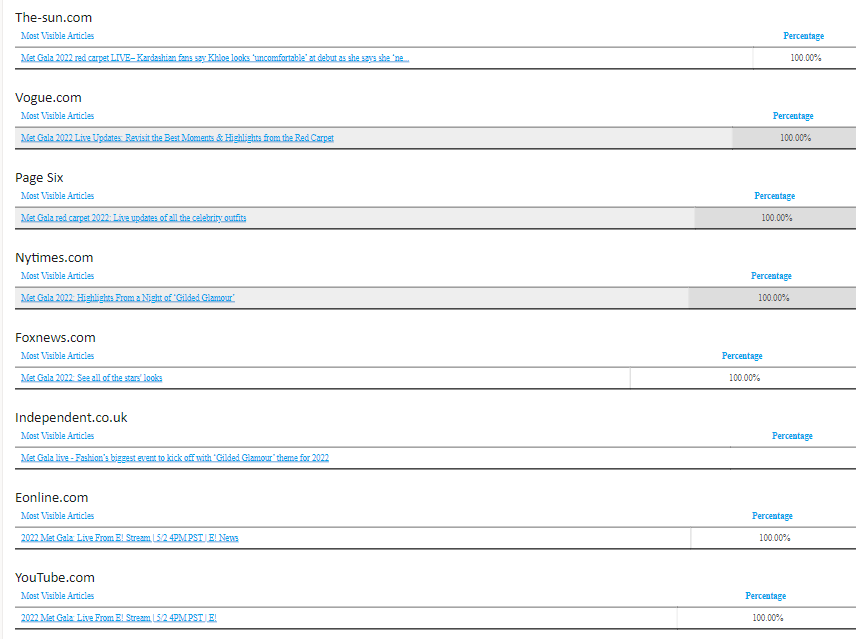 Most Visible Articles for the Met Gala

Next, we looked at the Grammy’s, music’s biggest night

Some publishers ended their live blog coverage shortly after the main event, while those who continued to update the blog into the next day came out as the clear winners. According to the data, event recaps get the most visibility. “Grammys 2022 Recap: Biggest Moments From the Show” gave YouTube it’s biggest boost in live visibility.

Pitchfork, an American online music publisher, broke into the top 10 publishers along side biggest names in entertainment news: 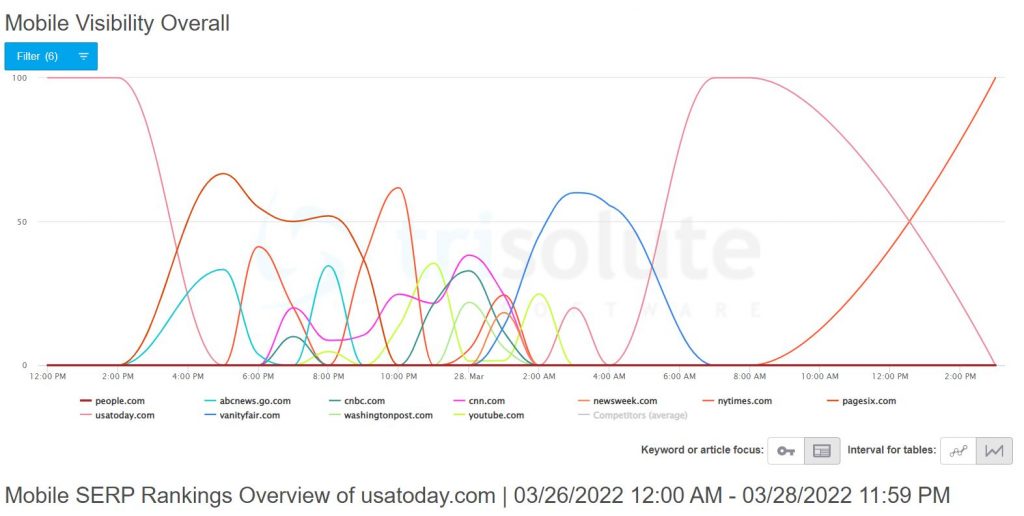 There is higher volatility in the rankings during the event than afterward. Many of the live blogs also referenced, if not focused on, the controversial slap from Will Smith to Chris Rock. 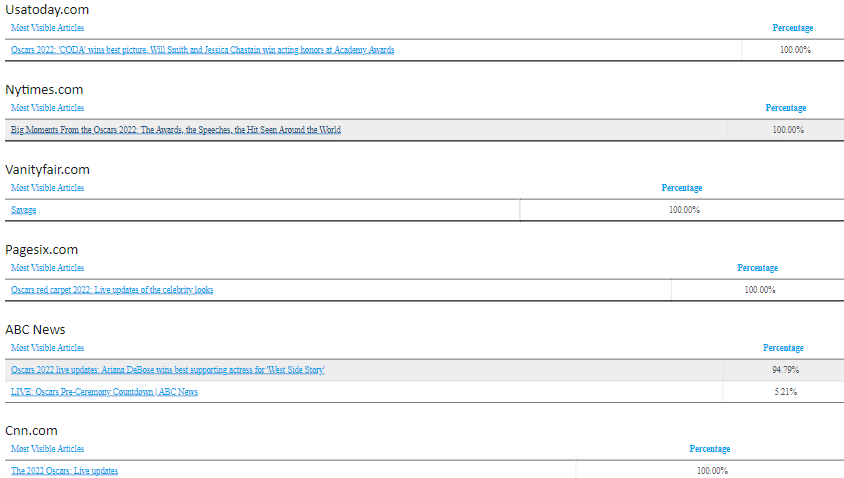 Live blogging can be a great strategy to help publishers appear in the News Boxes (Top Stories) more frequently and stay visible longer. Live blogs are web pages that update frequently to provide rolling coverage of an event in real-time. A live blog is usually published as a single URL with rolling coverage of an event in real-time, separated into updates in reverse chronological order, each with a unique timestamp and headline. When planning a live strategy, be mindful of Google’s technical guidelines – the back-end of your live blog page can be the difference between great visibility and poor rankings.

Most common news ranking types on the mobile Google SERP