UPDATE: Google released Ways to stay informed on coronavirus news, which explains: “Local news plays a critical role in informing people about the virus’ impact in their communities. The COVID-19 feature in Google News puts local news front and center with a dedicated section highlighting the latest authoritative information about the virus from local publishers in your area. This feature is available today in more than 10 countries and will expand to additional countries in the coming weeks.”

Starting on Tuesday, March 24, the News Dashboard revealed a significant shift in the Top 5 most visible publishers across the news ranking types on the Google SERPs.

In most countries, publishers who are not based in that country have seen their visibility for the keyword “coronavirus” decline precipitously. This change is true on both mobile and desktop SERPs (search engine results pages).

For example, this News Dashboard report from the KPI Dashboard – which shows rankings for News Boxes (Top Stories), Video Carousels, Publisher Carousels and the Live Blog ranking type – nytimes.com, an American publisher, drops to 0 percent visibility after a strong showing.

In this screenshot from the Desktop Visibility Overall report – the companion report to MBVO – we see a similar trend when focusing on Desktop Video Carousels and Organic rankings on first page of the SERP only. This time, cdc.org (the Centers for Disease Control in the U.S.) and who.int (the World Health Organization), which are based outside UK see a drop – with a corresponding increase in www.nhs.uk. 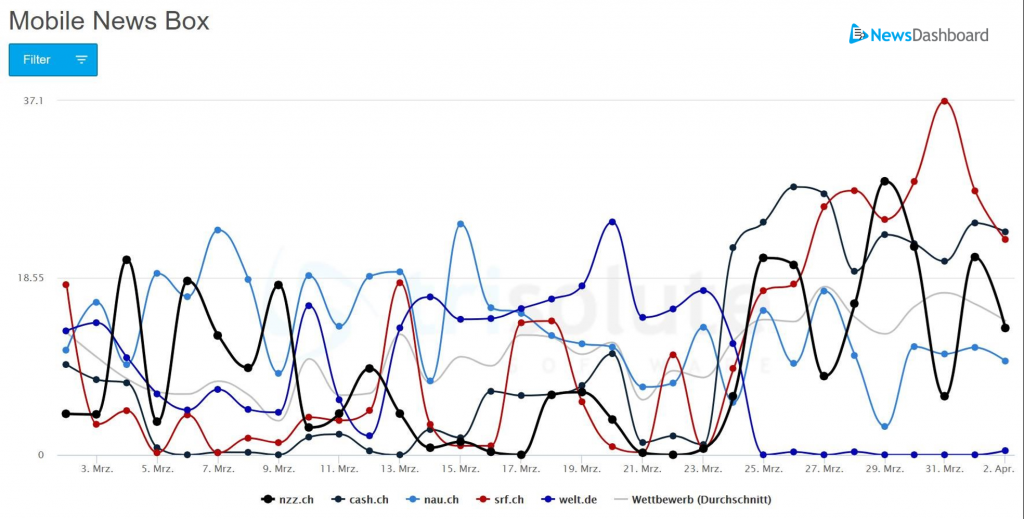 For Australia, we see basically the same pattern, with cnn.com and nytimes.com decreasing while Australian publisher skyrocket. 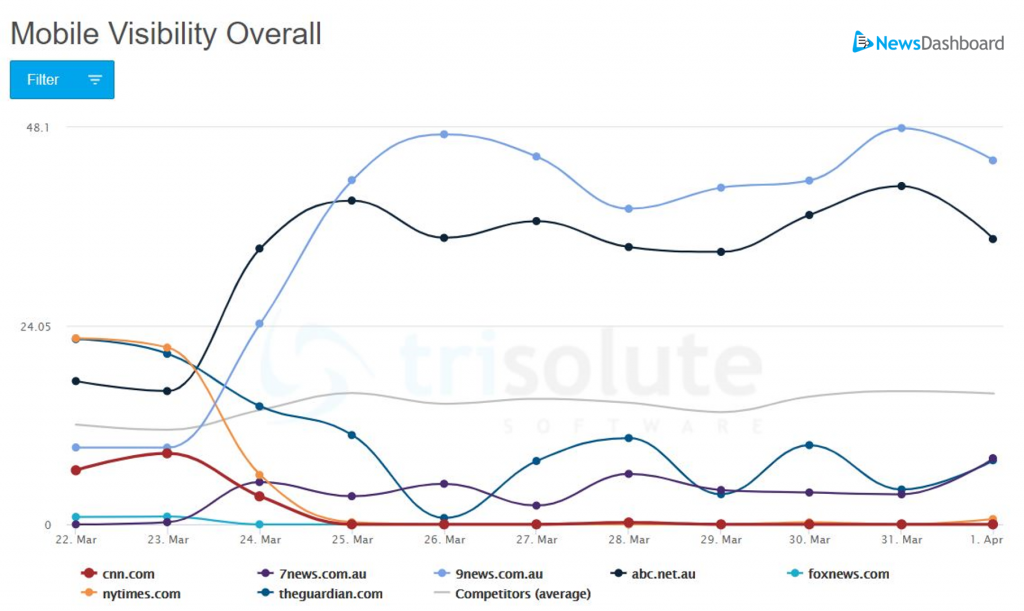 Again, we see a similar pattern in India, but in this case only one non-India publisher was in the Top 5 before March 24. 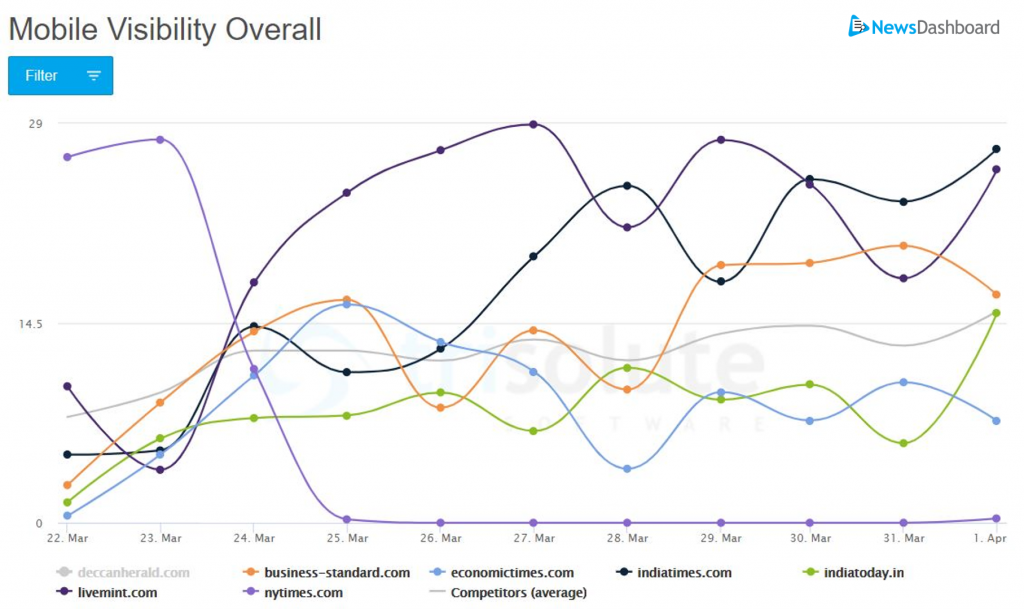 In the U.S.-Spanish language SERPs, we can see an even bigger swap – but this time it seems to be based on the primary language the articles is written in, not the location of the publishers. 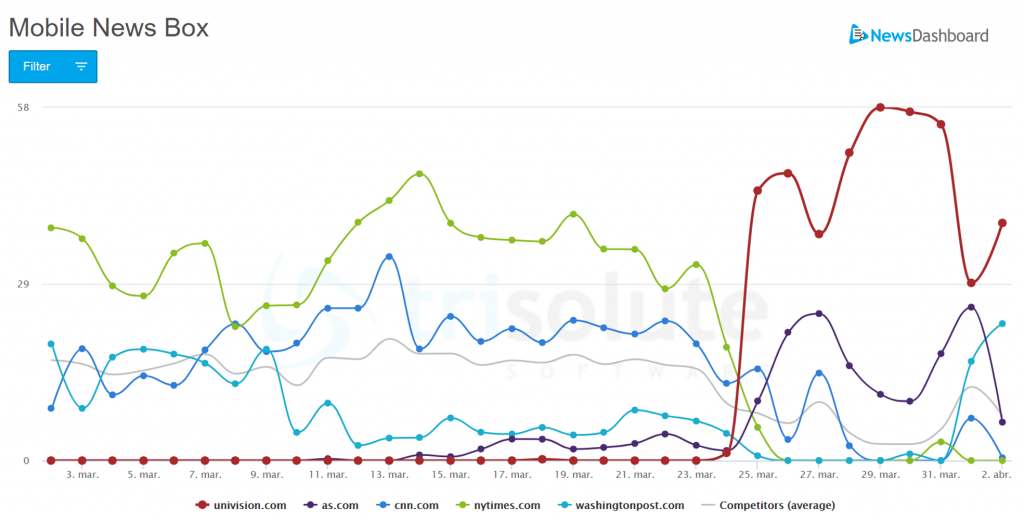 We can speculate that as countries start to focus more on their own response to COVID-19 instead of just world hotspots, the attention is turning to local publishers. There could also be a push to include the most “local” information, as recommendations in one country vary widely to another.

You can learn more about Google’s approach to coronavirus on the SERPs here.

We would love to hear your thoughts and what you’re observing in the comments!