The News Dashboard tracked visibility around the Democratic debate June 26-27 in Miami, including the news-related ranking types within the Google SERPs (search engine results pages) and in Google News.

Our analysis looks at the Top 10 most visible U.S. publishers for the candidates over the debate, as well as four weeks starting June 10.

The News Dashboard tracked these keywords since June 10, 2019.

Our keyword set for this analysis consisted of the Democratic candidates. We also included alternative versions of names spelled with accents or apostrophes.

Vox and Fox News are overall the most visible publishers over the two days of Democratic primary debates.

We see two major spikes in visibility in Google’s Desktop News Boxes. Vox took the lead on Day 1 one of the debates. On Day 2, we see Fox News trailing just behind and then dominating the rest of the day.

Vox experienced its highest visibility late evening on Wednesday, from a majority of the keywords in our set. During that same time, Fox News only had rankings for  just two of the candidates Vox was covering: Bernie Sanders and Beto O’Rourke.

The rest of the Top 10 were CNN, The New York Times, The Washington Post, Washington Examiner, The Hill, Politico, Slate and NBC News. 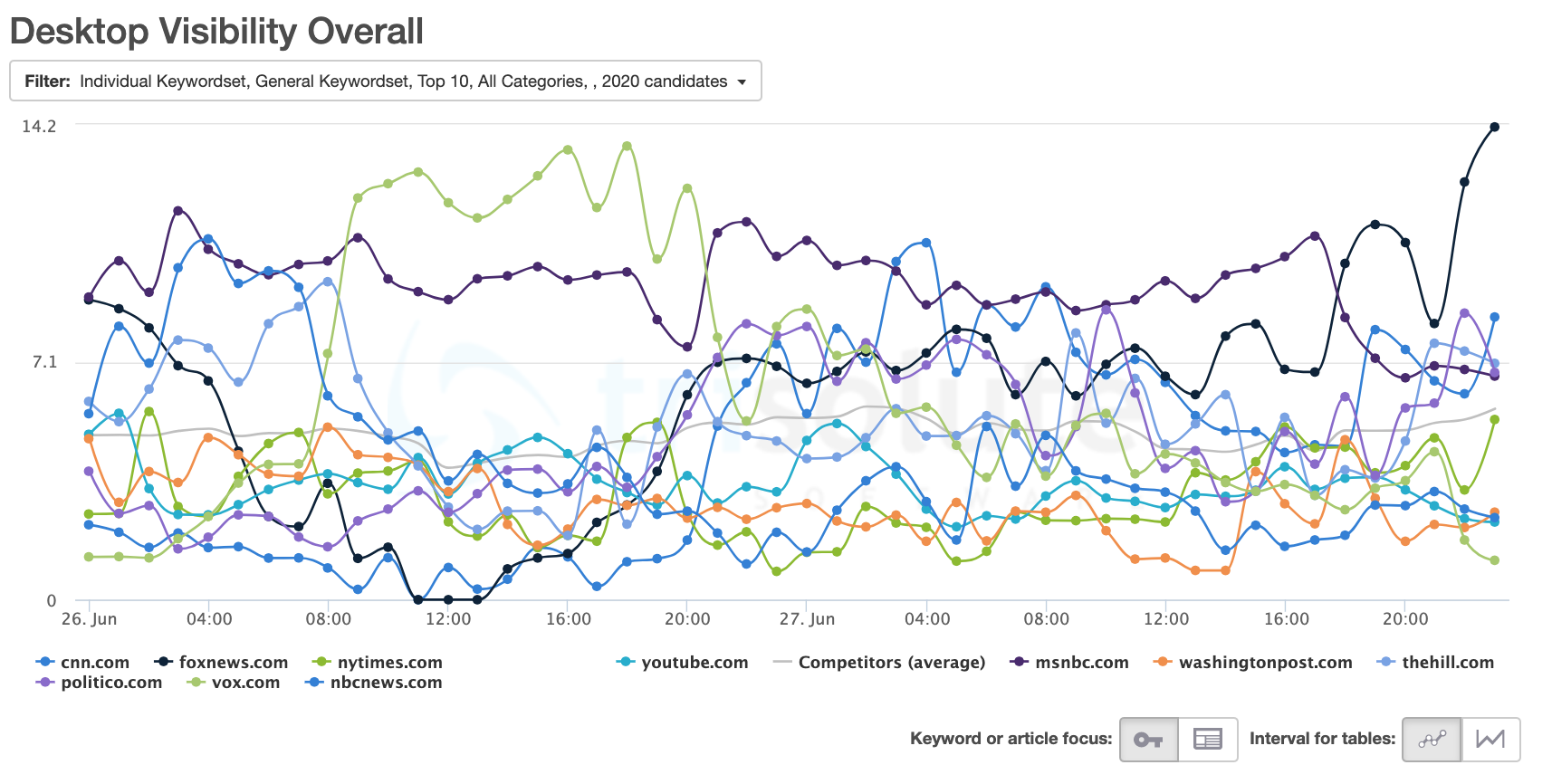 Next, we looked at Desktop Visibility Overall. This report considers each portion of the News Boxes (Headlines, Text, and Carousels) as well as Video Carousels.

Two publishers we hadn’t seen rank before were YouTube and MSNBC. MSNBC starts off strong on Day 1 and maintains its visibility. However, their visibility quickly drops, and Fox News ends the night as the most visible publisher. 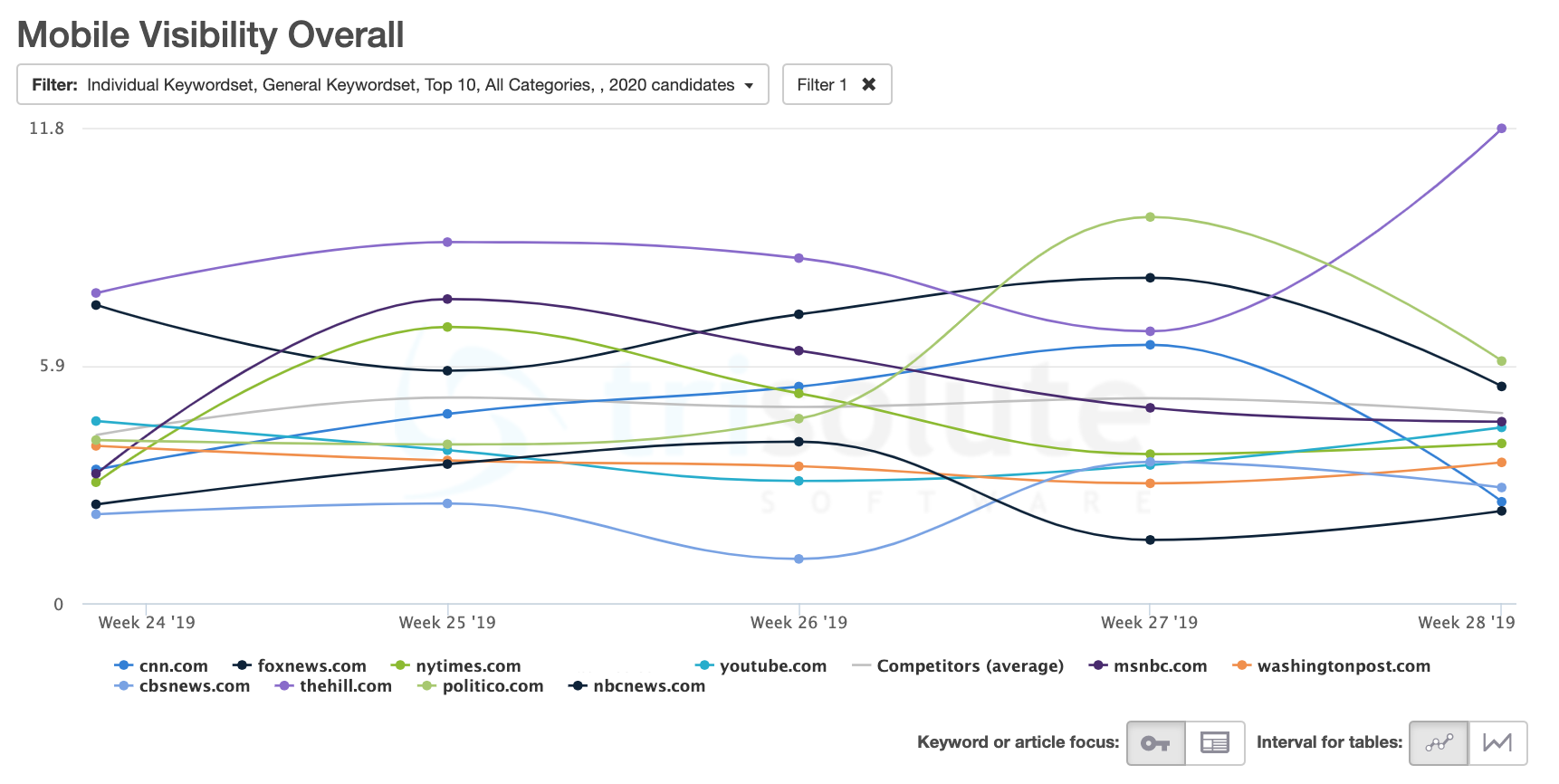 Our Mobile Visibility Overall report considers news ranking types on mobile: each portion of the News Box; Video Carousels; Publisher Carousels; and Live Blogs. Many of the same publishers that appeared in the desktop visibility Top 10 also appear in mobile.

If you’re interested in trying the News Dashboard to track visibility during the primaries and elections, use our demo button or reach out to service@newsdashboard.com.